How can you ensure innovation in your organization?

Many people who know me also know that I don’t believe you can appoint an ‘innovation specialist’ and then suddenly think you have an innovative organization. Real innovation is something that has to be ‘rooted in the DNA of your personnel'. How can you achieve this? Here are some of my own ideas about this and the role played by our Futurelab for Care as a breeding ground for innovation.

In other words, there’s something magical about innovation. It suggests creating something that others haven’t yet imagined or that you might not even know was possible to develop or whether it would have any benefits. And this ‘something’ could take any form ranging from new uninvented things, processes, or business models to ingenious ideas.

It starts out small

The first thing I’d like to share about my experience with innovation is that it starts out small - not in the form of a full-blown version. Although it involves great vision and maybe an even greater dream, reality will mean addressing the details. It will mean experimenting, improving and always being open to how the customer or user will respond. This is not the same, however, as asking users what they want. After all, not much is usually known about this beforehand.

A good example: people said I was crazy back in 2004 when FocusCura was first established. At that time, I was supported by some enthusiastic nurses from healthcare organizations in my vision to let elderly people communicate with their care providers by just using their fingertips.  The “touchtablets” we devised, however, proved much too expensive and were also way too heavy. Even so, we persisted and had some prototypes made.

We then talked with the elderly users in great detail during all the tests. We learned a lot and always returned to the drawing board with lots of new ideas we were eager to apply. It wasn’t until seven years later, in 2011, that we had the breakthrough that led to a large group of users and a serious scalable business case study.

What or who would make your product redundant?

This is actually easier said than done. After all, how can you create a stimulating environment that keeps people inspired? At the end of 2012, I received my PhD from the Faculty of Behaviour Sciences at the University of Twente with my dissertation, ‘De ‘e’ van eHealth’  (the ‘e’ in e-health). I conducted research into how e-health is implemented and then devised the E5 model that we still use in projects today (see illustration). 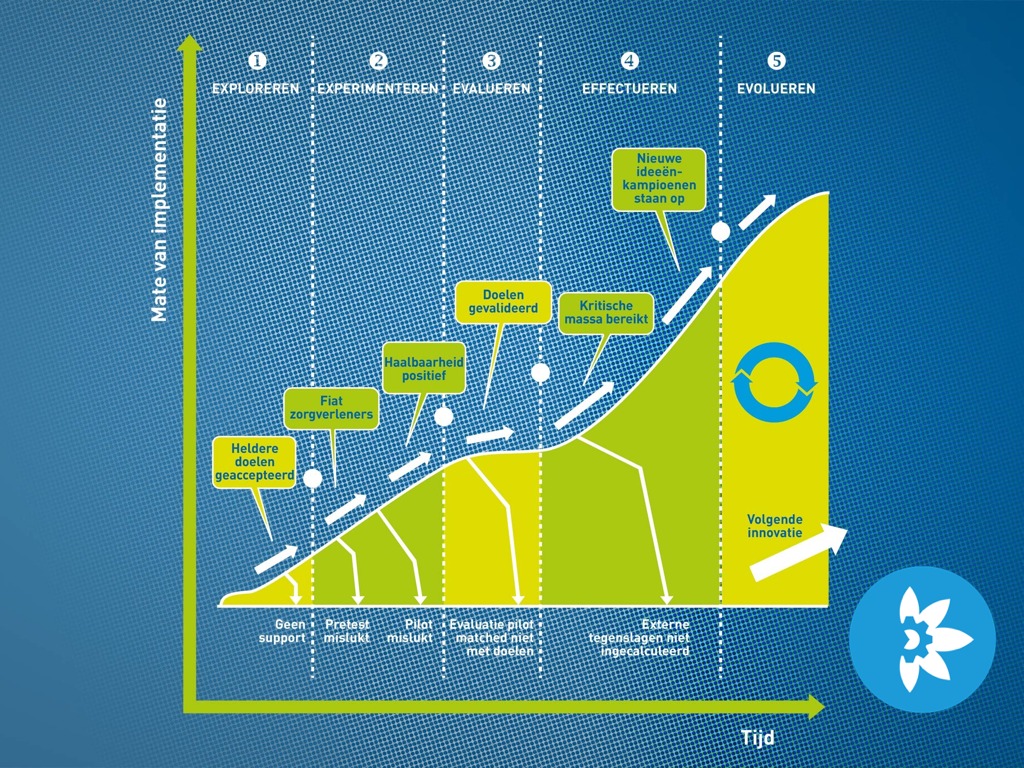 It was during this process that I made a significant discovery. The first phase of implementation should focus on making use of creativity, applying a professional approach, and having fun - especially when it comes to experimenting. This will create energy in the innovation process. Having people gain first-hand experiences, generate ideas, and have a good time - or simply by eliminating something because it didn’t work at all: this is how to create ‘idea champions’ who will become your ambassadors during the rest of the innovation and implementation process.

Developing our Futurelab for Care

After receiving my PhD, I decided that we had to create this kind of environment at FocusCura, too - preferably at a rather mysterious location where we could give the latest ideas physical form ourselves and try them out in futuristic surroundings.

Besides using the Futurelab as a place to investigate innovations from all over the world, it’s also a place to hold inspiration sessions with our partners. Sometimes, this brainstorming even involves a healthcare organization’s management team or ‘group of idea champions’. Or, some representatives from the biggest Senior Membership Organization (Union KBO) in the Netherlands might visit us. 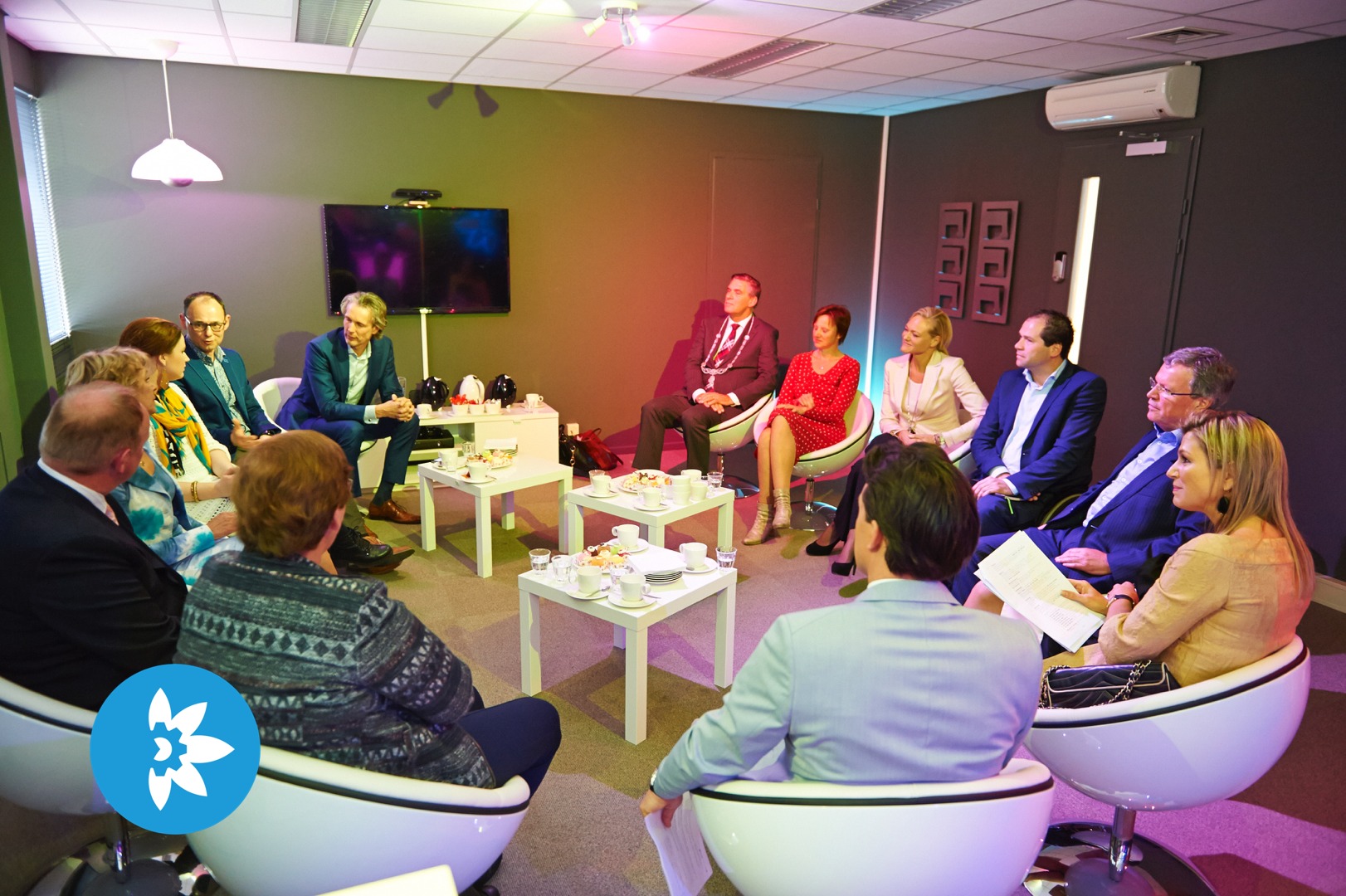 And it works. Whenever a new idea is being developed in the Futurelab, we create a small team of people coming from various places in the organization, regardless of their position. These are people from a range of disciplines who will develop the idea and work with our users and healthcare providers during the confidential testing of the idea in clinical situations. And you have to do this for as long as it takes to meet the high standards set by FocusCura. This isn’t easy because you want to present your idea quickly so badly. But you have to regard patience as a virtue. After all, you’ll only have one chance to promote your idea among the general public.

We call these projects our ‘Black Ops’’. How many Black Ops do we have going right now? Well, I won’t be giving this away, of course, but we have at least two that I think will result by the early part of 2016 in unique and very effective innovations to help the elderly remain living independently in their own homes as long as possible, even when suffering from dementia.
‘A real innovation is something that makes the world a little bit better and endure the test of time’

I hope these insights of mine will be meaningful for others. You might want to see them as lessons I’ve learned from experience about how you can ensure innovation in your organization. After all, this is fun, teaches you a lot, and keeps you on your toes.

So what’s my definition of an innovation? A real innovation is something that makes the world a little bit better and endure the test of time.