People often ask about innovation in health care, such as the program COPD "InBeeld" (Bringing into vision) or HeartGuard, is unproven. Which is no small thing, considering so many innovations are implemented "on top of" current health care, making it unnecessarily expensive. Just what do we mean by "proven"? What evidence already exists? In this blog, Martine Breteler and Daan Dohmen will guide you through these questions.

We can define the success of digital care as consisting of three categories of "evidence," otherwise referred to as the Triple Aim principle. While it may be a slightly informal term, it actually just means "a healthy population," "a better qualitative experience of health care" for "relatively lower costs". What evidence already exists? 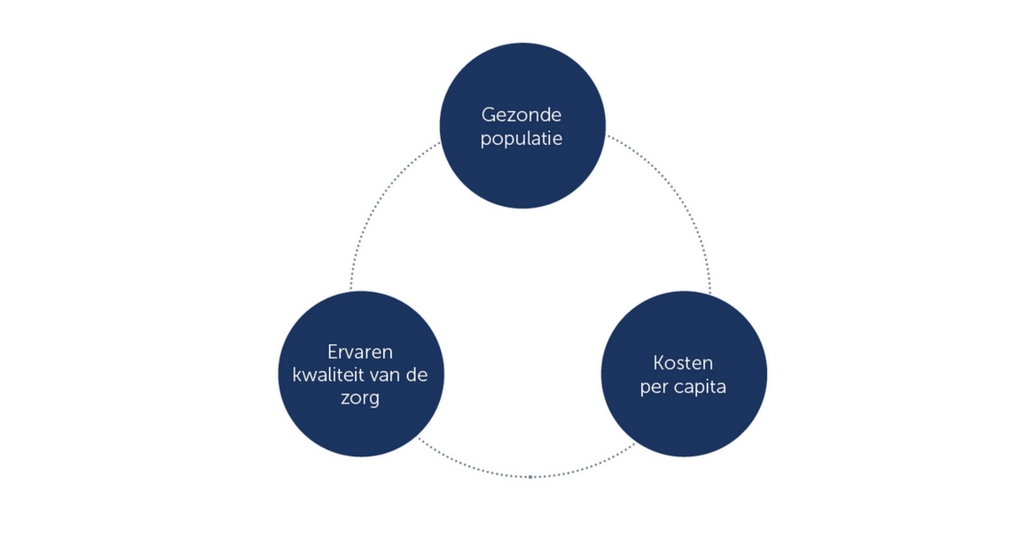 'In short, do patients experience fewer symptoms? Has there been a reduction in patients with worsening symptoms?'

A brief look at scientific articles indicates that there is a growing body of evidence worldwide showing this to be the case. Cardiologist Dr. Milani convincingly proved that virtual care for hypertension using connected devices has delivered a huge improvement (Milani et al. Am. J. Med. 2016). No less than 71% of patients diagnosed with high blood pressure achieved their goal to manage their blood pressure (with an average improvement of 14/5 mmHg) after three months, compared to 31% of patients who received regular care.

In addition to the hypertension patient group, other patient groups saw significant improvements to their health. One of the largest telemonitoring experiments in the world, the famed "Whole System Demonstrator" program, showed promising results based on its test group of 3,230 patients who had been diagnosed with either diabetes, COPD, or heart failure. This cluster randomized controlled trial showed a significant reduction in the number of fatalities and the number of visits to the emergency room among patients who used telemonitoring, compared to the control group.

Our own project reviews also show promising results. One review of 77 patients suffering from heart failure or COPD showed that among patients suffering from heart failure, 42% experienced fewer symptoms, and 69% felt more independent. Among COPD patients, this was 28% and 52% respectively. However, it is important to remember that these results were reported in specific patient groups whose doctor or health-care specialist had “prescribed” for measurements to be performed at home.

So the question remains, in spite of these great results, whether this change is only temporary in nature. To achieve this result on the long term, it is even more important that patients themselves actually want to keep using telemonitoring. 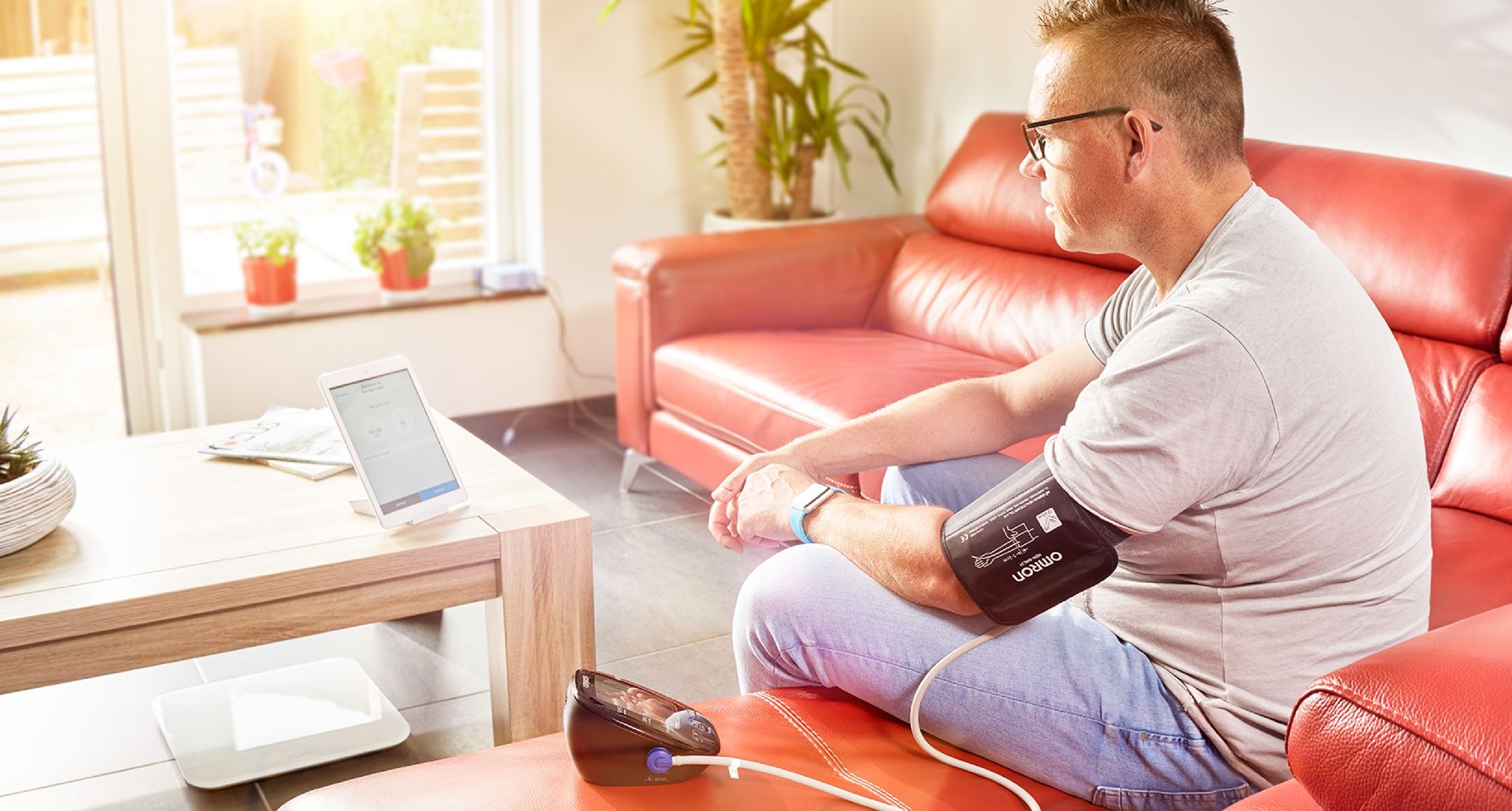 The second type of evidence is possibly the most important – improvements to a patient’s perception or experience. This may seem like a "softer" type of evidence compared to the efficacy of studies of effectiveness. Then again, Uber and booking.com didn't need to scientifically verify that their way of doing things was better than the way it used to be, did they? It's the consumers who appreciate their services more, and therefore choose to keep using them.

In the health-care industry, the number of options to choose from is limited. Patients are dependent on the suppliers, yet there are hardly any major differences between those suppliers. Meanwhile, we have already deployed telemonitoring in hospitals and are seeing impressive results among patients. A review among 23 patients of the St. Anna Hospital, Zuidzorg, and SGE show that 92% have experienced improved health care. Our test group of patients suffering from COPD and heart failure showed that 81% of patients with heart failure and 68% of patients with COPD experienced better health care.

Looking at HeartGuard, the first effect measurement among patients with resistant hypertension, who had been referred to second-line care and now receive remote support, improved these patients’ quality of life (measured using EQ-5D-5L) and increased their level of self-management (measured using PAM-13).

'66% of patients thought that the quality of health care provided had improved, with customer satisfaction easily reaching 90%'

We shouldn't really suggest that there is a link between the results shown in our test groups, which are still limited, and the existing body of scientific literature, yet we see similar results among patients who use telemonitoring as well. A large study was conducted among 851 vulnerable elderly patients suffering from COPD, heart failure, diabetes, or hypertension who had just been discharged from the hospital to investigate the effects of telemonitoring (Cardozo and Steinberg, Telemed J E Health 2010). This study showed that telemonitoring, defined as the daily measurement of vital signs combined with regular nurse visits, increased beneficial outcomes for elderly patients as well. 66% of patients thought that the quality of health care provided had improved, with customer satisfaction easily reaching 90%.

Again, the way in which measurements at home are performed – which specific patient group, which technology, and which type of intervention – is clearly a determining factor in the results. Behavioral scientists still have a lot to explore in this area. There is also a great deal left to research about the long-term effects, as many studies run over a limited time frame. Whatever happens, it's going to be interesting!

Of course, although there's no doubting the huge role played by scientific research in this area, we think it's just as important to simply talk to patients and keep listening to their experiences. It really gives you a boost when patients themselves tell you what this service means to them. Scientific or not, the benefits or satisfaction that a happier patient experiences in their daily life can't be expressed in monetary terms, as a clinical result, or in numbers. 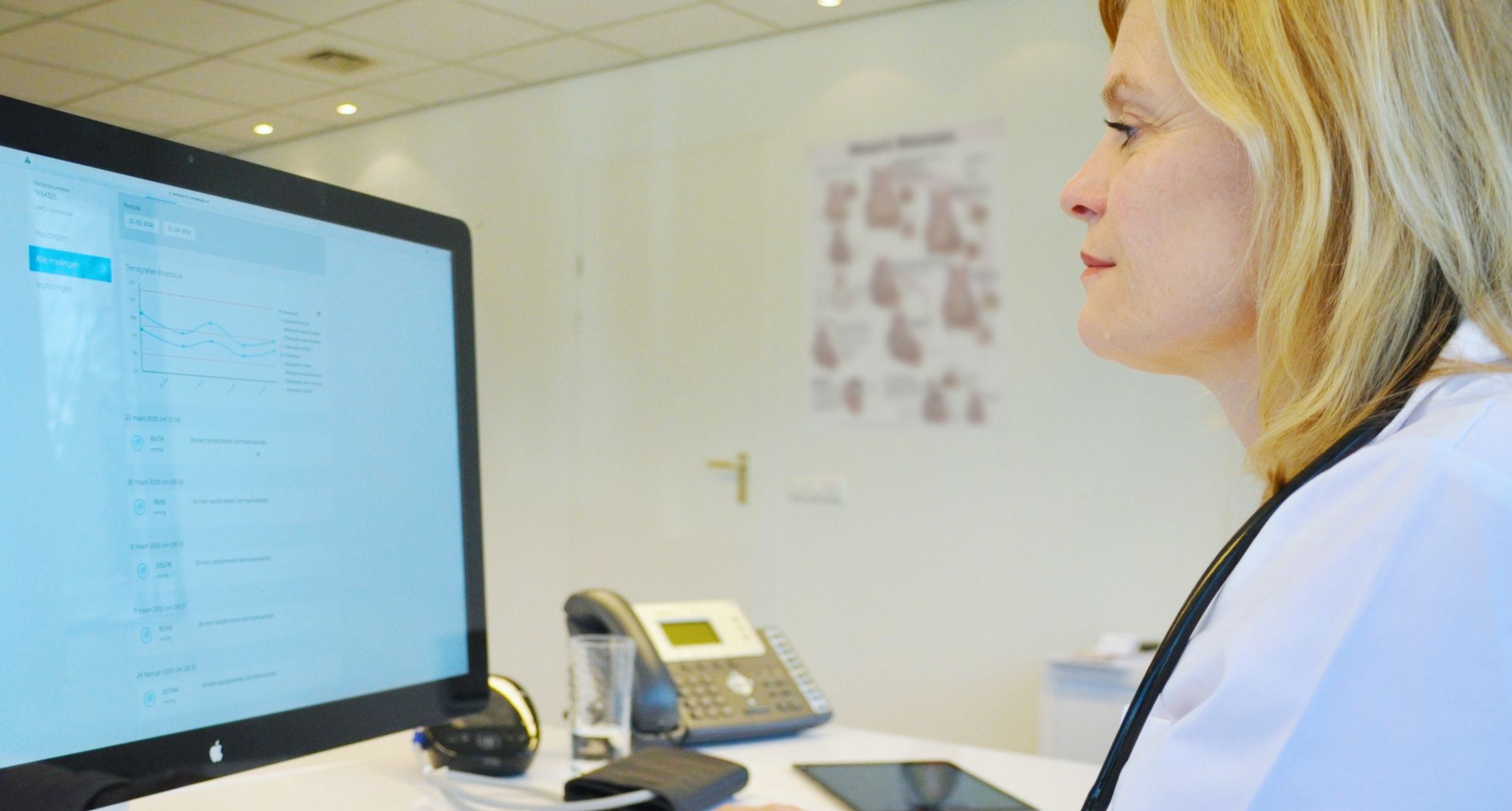 It’s no simple matter to measure whether the cost of care provided decreases when using telemonitoring, mainly due to the way that care is “calculated.” However, scientific research concluded that the use of telemonitoring led to a reduction in the number of COPD patients with worsening symptoms, a reduction in hospital admissions, and a reduction in overall costs.

The aforementioned decrease in the use of health care has an even more significant effect. If we can treat the same number of patients with less labor but for equal or reduced costs, this will give a boost to the ever increasing shortage of staff in the health-care sector.

So far, the initial results of research on these three types of "evidence" reveal very promising outcomes as far as the use of telemonitoring is concerned. We realize that the body of scientific evidence is still scarce, so there's still lots of work to be done!

For quite some time now, we've been trying to establish a generic experiment, intended to test the effectiveness of telemonitoring for COPD patients on a large scale, bridging multiple health-care organizations. Establishing the correct research design has already proven to be problematic. Although the "randomized controlled trial" (RCT) provides the most credible evidence available, there are various reasons why it’s an unsuitable method for researching the effects of telemonitoring.

A telemonitoring app is in a constant state of development, for example. Our developers regularly publish an updated version of the cVitals application with improvements for the patient or care provider. This makes a reliable comparison between the test and control group on the impacts of it impossible.

No “one size fits all”

How should we do it, then? To avoid reinventing the wheel, we have a really close look at scientific literature when establishing a research design. The need to avoid preaching some “one-size-fits-all eureka” (not a scientific name) is becoming more and more evident.

In concrete terms, this means that telemonitoring is a medical intervention that needs to be implemented in a targeted way – it's not suitable for every patient. We absolutely must listen to doctors who have “prescribed” telemonitoring and assess how telemonitoring has been embedded in the health-care process.

Literature increasingly supports this line of thinking. For instance, this month's edition of Nature featured a meta-analysis of sixteen reliable randomized controlled trials. This showed that telemonitoring as a generic tool for “every patient” has almost no significant benefit, while the proper use of telemonitoring for specific patient groups is very promising (Noah et. al, 2018).

How should we design our multi-center research?

Unfortunately, there is no such thing as a "one size fits all" research design. After consulting different health-care professionals, we have come to the conclusion that we need a control group if we want to report useable results. We have chosen a research design, together with Dr. Joris Jansen and in collaboration with professor of Data Science & Health Maurits Kaptein, that uses a matched control group consisting of patients who do not use telemonitoring.

Learning, doing, and researching at the same time

A single experiment won't able to address all the research questions that require more “evidence.” Besides, we're not aiming to conduct only one big experiment, live in a bunker, and await the results before continuing our work. Far from it. You really can't put a price on the valuable information we obtain from studying continuous results. This targeted approach helps us provide practical applications of the “lessons learned” about implementing an eHealth service. It's all about learning, doing, and researching at the same time

Meaning even more to patients

Of course, we want telemonitoring to be part of regular health care for patients who could benefit from it, including the funding that comes with it. Because however complex it is to perform research, simply listening to patients’ experiences in our projects has shown us how we can mean so much more to these people. Given the expected rise in the number of patients, this will be more crucial than ever!